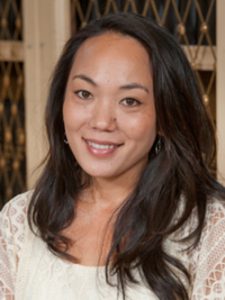 Bonnie Auyeung is a Chancellor’s Research Fellow at the University of Edinburgh’s Psychology Department and holds an honorary position at the Cambridge University Autism Research Centre.

Her PhD and postdoc were both conducted at the ARC examining the effects of prenatal sex steroid hormones (such as fetal testosterone) on psychological and neural postnatal development. This included the Cambridge Child Development Study, looking at individual differences in typically developing children and correlating this to individual differences in fetal testosterone measured in the womb via amniocentesis. It also included a study of fetal steroid hormones in autism.

This work was funded by the UK Medical Research Council, the Wellcome Trust, and the Autism Research Trust.

Bonnie continues her collaboration with Cambridge both as part of the EU-AIMS (multi-centre study) and with the infant imaging study based at the Evelyn Perinatal Imaging Centre (EPIC) at Addenbrooke’s Hospital, Cambridge.

Before joining Cambridge, Bonnie was a graduate researcher at the University of California (Los Angeles). Her research took place through the Early Childhood Partial Hospitalization Program at the UCLA Neuropsychiatric Institute and focused on development of observational measures for young children.