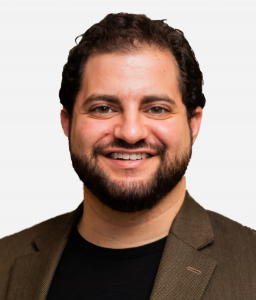 Dr. David Greenberg is a psychologist, behavioral scientist, and musician. He holds a PhD in Psychology from the University of Cambridge and a masters in Clinical Psychology from the City University of New York. In 2015 he received the Early Career Research Award from the European Society for the Cognitive Sciences of Music for his work in music psychology. He is the founder of the Musical Universe project, which is a scientific platform that uses big data to advance knowledge and improve lives across cultures. David also consults for companies in tech, media and entertainment, including Spotify, National Geographic, and C4.

David is based in New York and a visiting researcher in the Department of Psychiatry and Autism Research Centre at the University of Cambridge. He has developed several scientific tests on musical engagement, emotion regulation, and empathy. He works with an international team of researchers using big data, experimental methods, and fMRI to investigate the topics of music, personality, autism, emotion regulation, trauma, and social conflict. His work has been covered by popular media outlets and he has appeared extensively on radio and television. David has lectured and supervised at the University of Cambridge, Rowan University and City College of New York—where he developed an undergraduate course in the Psychology of Music. He writes regularly about the powers of music on Psychology Today.

At the Autism Research Centre, David’s research spans music, empathy, and big data. More specifically, he studies musical talent, and the uses and effects of music in the lives of children and adults with autism. Aside from music, David uses big data and large samples to explore the nature of empathy, systemizing, and autistic traits, and has developed short versions of these and other measures.