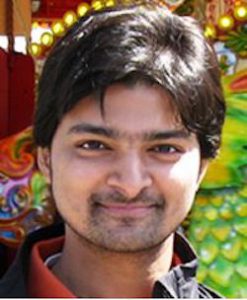 Induced pluripotent stem cells (iPSCs) are embryonic stem cell-like cells which can be generated from any cell of the body. This provides an important resource for studying development in humans. Stem cells give rise to the range of tissues and organs of the body. In humans, brain development can be studied using iPSCs by directing them to form brain cells (neurons) in a dish. As iPSCs retain the genetic information of their donors, the effect of genetics on the different stages of brain development can be investigated closely in a controlled laboratory environment.

Using this method, I am studying the following aspects of autism:

It is well known that autism is detected more often in males than in females. Recent studies however are detecting more females on the spectrum too. I am interested in studying the role of biological sex in autism, by studying early neurodevelopment in both male and female autistic individuals. I am also studying the interaction of sex with environmental factors such as sex hormones.

Autism can be classified as syndromic or non-syndromic. My aim is to understand the role of a mutation in a single gene vs mutations in groups of genes and how both genomic states can give rise to cellular and gene expression phenotypes unique to autism. I am currently studying the role of NRXN1 (a high penetrant gene causing syndromic forms of autism) during brain development in autism. I am also comparing how cellular phenotypes associated with a NRXN1 mutation compare with other forms of autism with a less well-defined genetic background.

I collaborate with Dr Mark Kotter and Dr Deepak Srivastava who are supervising two teams in University of Cambridge and King’s College, London respectively, and with  the University of Pennsylvania on this project.