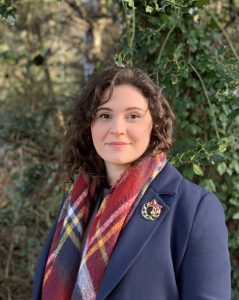 Ezra studied fetal development in relation to later infant development in autistic mothers or mothers who already have a child with autism through ultrasound. She was being co-supervised by Dr Topun Austin, Perinatal Obstetrics Consultant at the Rosie Hospital and Director of the Evelyn Perinatal Imaging Centre in Cambridge, and Dr Gerald Hackett, Consultant in Obstetrics at the Rosie Hospital in Cambridge. Ezra also worked on the CHILD (Cambridge Human Infant Longitudinal Development) Study as a Research Co-ordinator funded by the Autism Research Trust that tested fetal and neonatal brain development in infants and toddlers whose mothers have autism, and who are themselves at increased likelihood for developing autism. Ezra’s PhD was funded by the Autism Research Trust and the research was funded by a grant from the NIHR.

Prior to coming to Cambridge she completed an BSc in Applied Psychology and MSc in Developmental Cognitive Neuroscience at Durham University, where she obtained experience in research into ultrasound. Ezra has previously held research assistant positions at the University of Oxford working with Professor Alan Stein on postnatal depression and HIV, and at the University of Durham working with Dr Nadja Reissland on fetal FACs, influence of maternal smoking on fetal development and early fetal cerebral asymmetries.