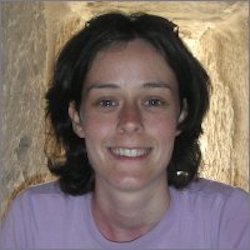 Dr Jaclyn Billington completed a BSc Psychology in 2003 at the University Of Durham, UK and a PhD at the Autism Research Centre, investigating the brain basis of systemising in autistic and neurotypical individuals, supported by an MRC Studentship.

She held a postdoc position at Royal Holloway, University of London, working with Professor Andy Smith, supported by the Leverhulme Trust. Their work aimed to characterise the interaction between visual and vestibular stimulation in cortical regions know to process both vestibular and optic flow information present during egomotion.

She uses a combination of psychophysical and MRI methods. Her previous postdoctoral work with Professor John Wann, supported by the BBSRC, focused on the neural basis of heading perception and steering. One aspect of the research is discerning the neural basis of using future path information in order to anticipate changes in heading perception. She found that whilst the human motion complex (MT+) was activated for detecting current heading, a region of superior parietal lobe was specifically involved in detecting future path for the purpose of anticipating changes in heading direction and thus improving. A related aspect of her research is looming detection and the involvement of human superior colliculus and pulvinar nucleus of the thalamus in such a task. She found that both these structures do respond to looming objects over and above salient but non-looming objects and may comprise of an early warning collision detection mechanism. Jac is now Associate Professor in the Faculty of Health and Medicine at the University of Leeds.