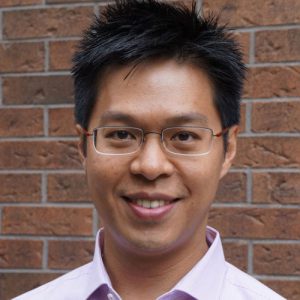 Meng-Chuan is Assistant Professor, Department of Psychiatry, University of Toronto and Staff Psychiatrist, Centre for Addiction and Mental Health & the Hospital for Sick Children, Toronto. He holds an honorary position at the Cambridge University Autism Research Centre, where he conducted his PhD and postdocs.

He completed his MD in the National Taiwan University and received postgraduate clinical training in both adult and child/adolescent psychiatry in the Department of Psychiatry, National Taiwan University Hospital. His clinical interests are in autism and related neurodevelopmental conditions, and adolescent mental health, sexual identity and gender development, and resilience.

His PhD focused on disentangling the complex relationship between sex/gender and autism at the cognitive and neuroimaging levels, using behavioural and cognitive tasks, conventional and novel (e.g. graph theoretical approach, complex science methods) neuroimaging analysis strategies. He also investigated social attitude/stereotype formation in people with autism. His current research focuses on elucidating the heterogeneity of autism by contrasting various subgroups.

He initiated the Female AIMS (Autism Imaging Multicentre Study) project to complement the male AIMS study conducted with MRC support, and he continues to collaborate with the Autism Research Centre as part of the EU-AIMS multi-centre study.

He holds an honorary Consultant Psychiatrist position at the National Taiwan University Hospital, and an adjunct Assistant Professor in Psychiatry at the National Taiwan University. He was awarded a post-doctoral fellowship by the Waterloo Foundation to investigate neural differences between Asperger Syndrome and High Functioning Autism. Following this, he was awarded a William Binks Autism Neuroscience Fellowship. Both of these were held at the Autism Research Centre in Cambridge.