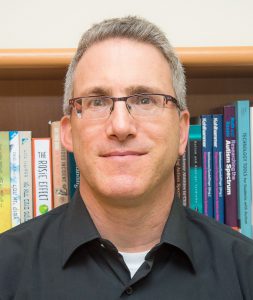 Ofer is a clinical psychologist, an associate professor and the head of the Autism Research Lab at the Department of Psychology, Bar-Ilan University, Israel. After completing his PhD at the ARC, and his clinical training at the Cambridgeshire and Peterborough Mental Health Trust, he returned to Israel as a faculty member at Bar-Ilan.

Ofer’s research focuses on socio-emotional functioning in autism, including social communication, emotion recognition, expression and regulation, and ways to develop them through evidence-based interventions. He has conducted several treatment-evaluation studies and RCTs on technology-based interventions such as Mind Reading, The Transporters (in the UK and in Israel), and Emotiplay, and on cognitive-behavioural interventions such as the PEERS social skills training program and the Early Start Denver Model (ESDM). He is particularly interested in examining how parent-child interaction promotes the development of- and facilitates the treatment for- individuals with autism from early childhood, through adolescence and into adulthood.

Ofer is the founder and the clinical advisor of two Israeli clinical centres which provide evidence-based diagnosis and intervention services to children, adolescents and adults with ASD and their families, and in addition train clinicians and disseminate evidence-based interventions nationwide.

Ofer is currently an honorary visiting fellow at the ARC.