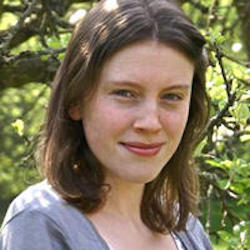 Rosie is the Cambridge coordinator for AIMS-2-TRIALS. This project aims to bring together researchers, charities and companies across Europe to improve our understanding of autism and develop new therapies. She is also coordinator of several ARC projects: (1) The Cambridge Prenatal Hormones Study, investigating the influence of prenatal sex steroid hormones such as testosterone on later brain function, structure, and behaviour. (2) The CHILD Study (Cambridge Human Imaging Longitudinal Development), investigating prenatal and neonatal brain imaging and its predictors into toddlerhood. (3) The CUSP Study (Cambridge Ultrasound Project), using ultrasound during pregnancy to identify differences in children later diagnosed as autistic.

Rosie completed her undergraduate degree in Psychology at the University of Wales, Bangor. She was previously a Research Assistant on the MRC Cambridge Family Study of Autism, where she completed her PhD investigating cognitive and neural endophenotypes in autistic adolescents and their siblings.