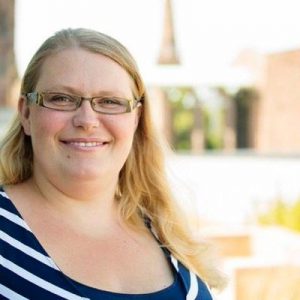 Dr Sarah Cassidy is currently an Assistant Professor at the University of Nottingham working on the Mental Health in Autism project funded by the ESRC, and the first Psychological Autopsy study in autism funded by NIHR-CLAHRC and Autistica. Before joining Nottingham as an Assistant Professor in 2017, Sarah spent two years as a post-doctoral researcher at the Autism Research Centre (ARC), University of Cambridge, before starting her own research group at Coventry University. She now holds an honorary position at the ARC, and is leading a program of research in collaboration between Coventry and Cambridge into the risk factors for suicide in adults with autism spectrum conditions, as well as the protective factors suicide prevention in autism. The collaboration is funded by NIHR CLAHRC East of England. This builds on an important study published whilst she was at the ARC and conducted with patients who attended the CLASS clinic (Cassidy, S, Bradley, P, Robinson, J, Allison, C, McHugh, M, & Baron-Cohen, S, (2014) Suicidal ideation and suicide plans or attempts in adults with Asperger’s syndrome attending a specialist diagnostic clinic: a clinical cohort study. The Lancet Psychiatry, 1, 142–47.)