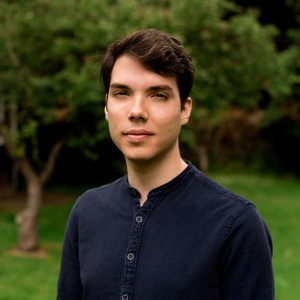 Alex is studying the regulation of sex steroid hormones in autism, co-supervised by Professor Simon Baron-Cohen and Dr Rosie Holt. He is particularly interested in the prenatal effects of testosterone and oestrogens and the role of the placenta in neurodevelopment. His other research interests include Evolutionary Neuroscience and Translational Medicine.

Prior to his PhD, Alex studied Medicine in the University of Athens, where he conducted research in metabolism and pharmacogenomics with Drs Sanoudou and Mantzoros. He also completed an MSc in Human Molecular Genetics at Imperial College London, and worked as a junior doctor at the Neurosciences Ward in the John Radcliffe Hospital, Oxford.